RESILIENCE AND THE GREAT BOUNCE BACK 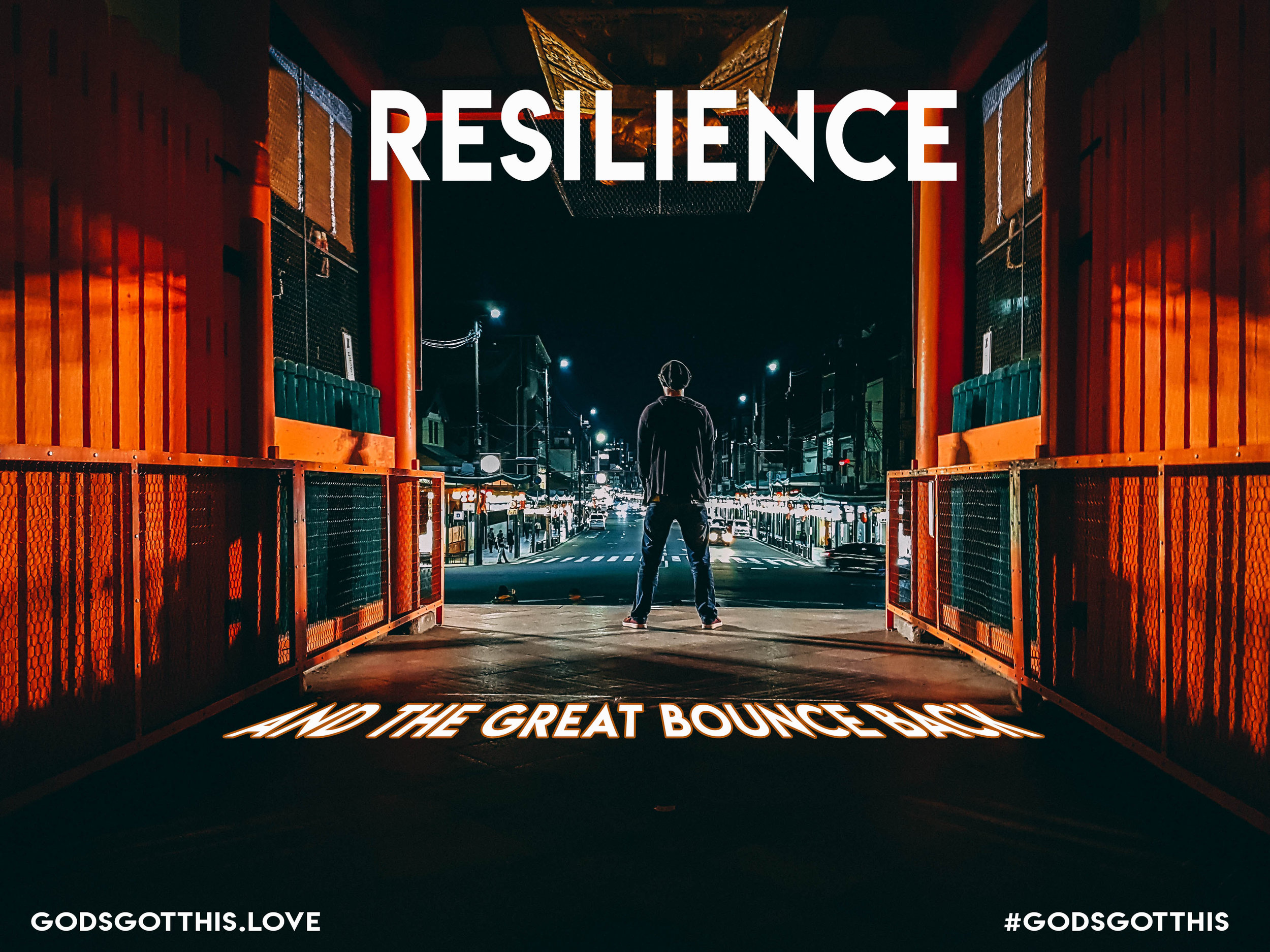 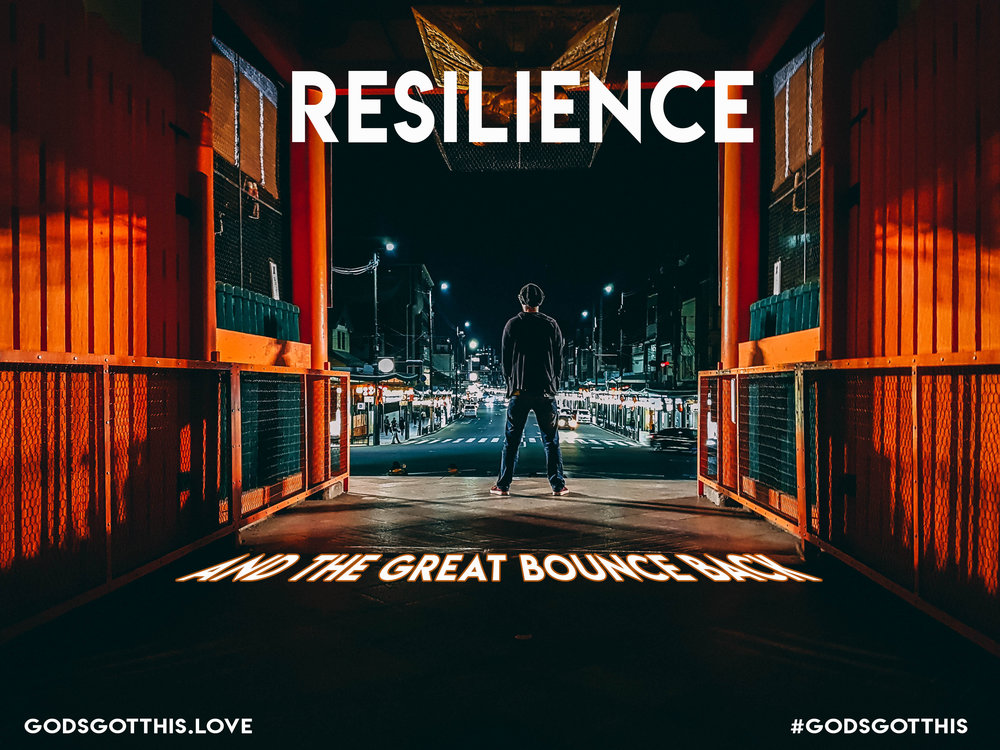 There once was a hard working man that was fired from a variety of jobs throughout his career before he first started cooking in his roadside Shell Service Station in 1930, when he was 40 years old, during the Great Depression. His gas station didn’t actually have a restaurant, so he served diners in his attached personal living quarters.

Over the next 10 years, he perfected his “Secret Recipe” and pressure fryer cooking method for his famous delectables and moved onto bigger locations. His food was even praised in the media by food critic Duncan Hines (yes, that Duncan Hines). However, as the interstate came through the Kentucky town where his restaurant was located in the 1950s, it took away important road traffic, and he was forced to close his business and retire, essentially broke. Worried about how he was going to survive off his meager $105 monthly pension check, he set out to find restaurants who would franchise his secret recipe—he wanted a nickel for each piece of chicken sold. He drove around, sleeping in his car, and was rejected more than 1,000 times before (cue rooster) Colonel Harland Sanders finally found his first partner starting what we now know as Kentucky Fried Chicken.

As much as you don’t want it to happen, and as much as you try to prepare, it is inevitable that something bad is bound to happen to you. This isn’t being pessimistic, this is being realistic. It isn’t all that hard to think about all the crazy things that can possibly happen in life, kind of like what you just heard about Colonel Sanders. You might get laid off from work. You might experience some kind of natural disaster. You might, God forbid, get really sick. You’re more than likely going to experience a bad relationship or have someone around or close to you die.

If there is one thing I have learned, life is always compromised of a bunch of ups and downs, and this is a fact we can’t change that.  What we can change, like we discussed last week is how we react to those times that arise through fortitude and what we’ll talk about today, how we bounce back. That is a place called RESILIENCE.

Going back one more time to the Colonel… If the only way to success is through failure, Harland Sanders certainly earned his success. Born September 9, 1890, in Henryville, Indiana, Harland had a tough childhood. His father passed away when he was six and his mother had to work several jobs to make ends meet. So, he was tasked with looking after his two younger siblings and taking care of the home, which included cooking. It was said before the age of ten, Harland had mastered several regional dishes.

Needing to help provide for the family, he entered the workforce at the age of ten as a farmhand making two dollars a month (about $55 today). At 15, he was working on a streetcar, taking fares and making change. When he was 16, he went looking for adventure and forged documents saying he was of age to enter the Army.

He did just that and got sent to Cuba, where he was honorably discharged after only three months. He made his way to Alabama and over the next twenty plus years he worked a variety of jobs including railroad worker, insurance salesmen, country lawyer (where he was fired after assaulting his own client), Ohio River steamboat ferry operator, a tire salesmen, and secretary to the Chamber of Commerce in Columbus, Indiana. For six years, he was the operator of a gas station, his longest-tenured job, before it was closed due to the Great Depression.

In 1930, at the age of 40, broke, and having already failed several times in the workforce, he made his way to Corbin, Kentucky where the Shell Oil Company agreed to allow him and his family to live at a recently built gas station. In exchange, a large percentage of sales was to be given back to Shell.

Incidentally, if you’re curious as to how he was called COLONEL: Kentucky Colonel is the highest honor that can be bestowed by the Commonwealth of Kentucky. To be named a “Colonel” is to be recognized for “outstanding service to community, state, and nation.” The sitting governor of Kentucky, or the Secretary of State of Kentucky, are the only ones who can bestow such an honor onto an individual. These colonels are “Kentucky’s ambassadors of goodwill and fellowship around the world” and are “people from all walks of life.”

Luminaries such as Muhammad Ali, Jim Beam, Fred Astaire, Betty White, and Winston Churchill are among the eclectic mix of people who have been named a Kentucky Colonel. BACK TO OUR COLONEL….     As Sanders (not yet a Colonel) said himself in his autobiography, “Corbin was the only place I knew I could start again without any money, a place where business would be driving by my door 24 hours a day.” He was proud of his gas station, so proud in fact, that when challenged by a neighboring gas station worker (owned by Standard Oil), a shootout occurred. Sanders “gun blazing, emerged victorious.” Despite the fact that he’d shot the neighboring gas station worker, no charges were filed as the other man had shot first.

I mentioned last week that resilience can be defined in these two ways:

Unlike our beloved Colonel, I’m sure we all may have that person who comes to mind immediately that always sulks or has a whoa is me life… I just don’t know why these things always happen to me!  You know the person, hopefully, that person isn’t you, however, if it is, stick around, you might just find some answers you’ve been looking for!

If you feel like your traveling from job to job like Harland was or in the place of visiting restaurant # 723 and about to quit and reliance is more a dream than a reality, here are a few quick points you may consider adopting into your life or shoring them up to be stronger:

There are so many other points I could share with you, but we just don’t have enough time today. The point of all of this is to help guide and direct you through a place of FORTITUDE like we talked about last week which is a place of strength and courage that leads to a place of RESILIENCE, a place where you can bounce back from things, learn from them and have healthy life practices in place designed to keep you there.

We all go through tough times, there is just no way around them and some, some are really, really hard. If we take time to develop the discipline of fortitude and resilience in our lives, we won’t only be a better person for it, we can REVEAL HOPE in other’s lives as well.

I hope today was helpful for you, if you’d like more information and resources, please visit our site at http://www.godsgotthis.love You can sign up for our mailing list and receive our MONDAY MAGAZINE each week highlighting our ministry opportunities available every Monday-Friday.

If you’re in need of hope and help in your situation, please reach out to us, if we can’t help, we will find someone who can. Maybe you are struggling with a disease like mine and have stage 4 cancer or some other horrible life-threatening or life-depleting disease. Maybe you just need a boost. We understand and that is why we are here. Over the next few weeks, we will begin having some guests on our shows that will illuminate hope for you in many different ways. Please stay connected and please find and use other resources we already have available for you to use for FREE!!

If you can help us in another way, we are a non-profit organization and all your monthly or one time gifts are tax deductible. You can visit godsgotthis.love/donations to graciously give and help us in our quest to share hope in this world and we greatly appreciate all of your support!!

So, live a life of Fortitude and live it Resiliently!! And in all of it, whatever circumstance or situation, never, ever give up and never, ever  forget

Get the podcast at: http://www.godsgotthis.podbean.com or find me on iTunes