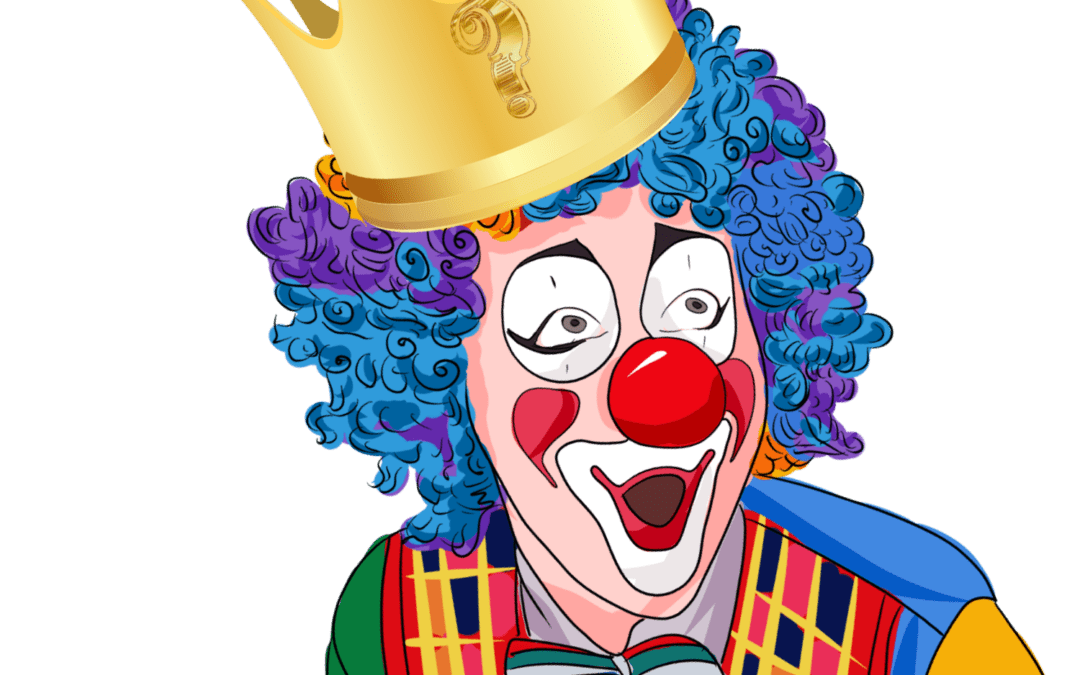 WE ALLOW ONE OF THE TWO TO SPEAK INTO OUR LIVES.

Is not always dressed up in some funny and colorful clothes with make up and a red nose. A clown can quite easily be a charade of something.

A break from and deception of reality.

On the other hand doesn’t always come dressed in robes of royalty.

The king is the one who has true breakthrough however, breakthrough never occurs without first having a break in!

In which court do you think you’d best find the truth? 🛡

The freedom you really need? ⛓

Whose permission do you grant to break into the most sacred court of all… Your heart? ❤️

The reality is that it is easier to follow the clown because the clown appeals and entertains and plays to your emotions and fears all the while distracting you from the giant cliff you are about to go over constantly guiding you towards a stumbling block of deception and death awaiting your very soul. 🌋

The king, although friendly and kind won’t try to entertain you and won’t try to guide you to your ultimate demise… But will reveal a better way… It’s difficult and it is challenging, it doesn’t lead you to death it requires it. ⚰️☠️

That tree just isn’t the way it is because it always was that way… It started as a seed. 🌱

The seed in itself was not the life… it was a vehicle… because the seed had to go into the ground first… It had to die and out of its death it mingled with life sprouting into something. That something was just not imaginable from looking merely at a seed alone. 🕵️‍♂️

WE ALL BOW TO SOME THING OR SOMEONE… THE QUESTION IS WHICH ARE YOU WILLING TO DIE TO?