Get Out There & Live! 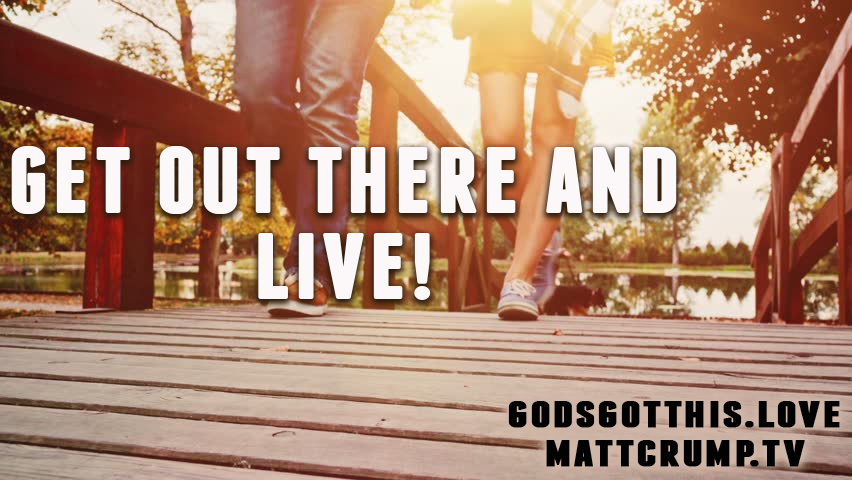 And Jesus said to him, “Follow me, and leave the dead to bury their own dead.”

I remember a hilarious (to me) movie called Monty Python and the Holy Grail. In one part they were in a mid-evil times town gathering the dead from the plague and a guy was carrying an old man to put him on the cart having a discussion with the cart driver and the old man over his arms kept saying.. “I’m not dead…. I’m not dead… I’m feeling better…” it was a crazy skit and scene in the movie….

Jesus told us in Matthew 8:22 to let the dead bury the dead.. that means like Eugene Peterson has translated:

This is where you just get up and go. I can’t tell you how many days I just don’t have it in me to go. I just feel depleted and sometimes defeated and just don’t want to. Sometimes I fail and fall victim to that thought process. Then there are times when I don’t and I realize that life is worth living and realize you can’t live it laying down!

Take a stand today, let the dead bury the dead!  You’re alive and have a life that is worth living. Pursue Christ. He IS life itself. He can empower, instruct and encourage you like nobody else.

I want to encourage you today to get out there! Do something. Make a mark today and let Jesus live through you and in everything you face or do, don’t ever forget: